OK, first of all let me say that this was certainly not the plan. We lost our two beloved cats over the last couple years and reached a point where we were ready for another kitten — really two kittens. A friend who volunteers at a local no-kill shelter told me of a pregnant cat. She informed me when the kittens were born and the shelter’s website displayed pictures of the newborns’ faces. We studied the pictures and decided there were a couple of the kittens that somehow pulled at us. When we first visited them at only a few weeks of age, we again zeroed in on the two we had identified in the website’s pictures. We told the shelter we wanted to adopt those two and started visiting the shelter on a weekly basis. We would hold all four of the kittens, but basically “oohed” and “ahhed” over the two we had selected, taking plenty of pictures along the way. At twelve weeks of age, we highly anticipated arriving at the shelter to retrieve the two male kittens, now already named Milo and Pepe. Before we walked inside the cat cottage that day, the shelter’s director met us in the parking lot and informed us that the kittens were very sick with a respiratory virus. We were still determined to take those two chosen kittens home and treat them. Seeing them that day was not easy. Their eyes were so infected and they were all huddled together in their cage. Nevertheless we got the two male kittens into their little carriers as their mother intently watched. Just as soon as we got them to their new home, an amazing sight was in store for us. Those ‘sick’ kittens ran and ran and ran. It was a joy to see. Within an hour, we had made the decision to foster the other two. If the two we had were this happy, then the other two needed attention also, and we wanted to also give them a chance. The shelter’s director was very appreciative of the offer, and we went back to get the other two the same day. After the two girls arrived home, we were determined to give them the best of care, BUT we did not want to get attached to those two fur balls.  So we gave them temporary names of #1 and #2. That would keep it just a little more impersonal, or so we thought. And so the treatments began. Twice and sometimes three times daily, we cleaned and medicated their eyes, along with giving them additional medication. We gave them the best of food and clean water, and they had plenty of room to run and play. And run and play they did! These kittens loved it here. We soon realized the kittens were not acting according to the “plan”. The plan was for the girls to stick together so they could be returned to the shelter after they were better and ready to be adopted. But that didn’t really happen. The kittens weren’t pairing off that way. And we were falling for the girls too despite telling ourselves four kittens just could not be. As the weeks went by, seeing all four of them together and the joy they gave each other, not to mention the joy they were giving us, just melted our hearts. #1 and #2 were given names – Eden and Misty. This was getting serious. There was no turning back now. They were “in”. So today I happily announce that these four kittens will stay together! Welcome to the family — Eden, Misty, Pepe and Milo!!! 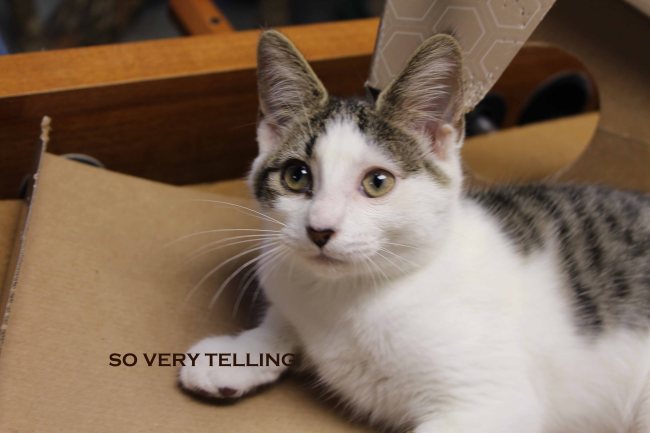 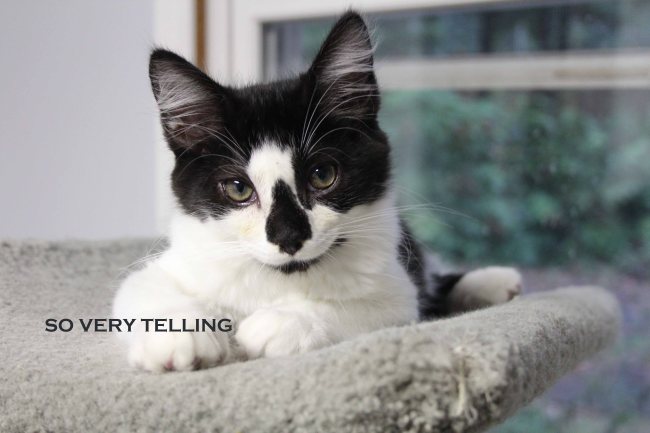 I am back — after almost two months. It has been a very hard time for me. I lost my dad this month. I have always called him ‘Daddy’, and even as an adult have not been embarrassed to do so because it was such an endearing name to me. I loved him so much, and he definitely was (and always will be) my hero. He had 95 very good years, and I know that I was very blessed to have him for such a long time. He was a wonderful husband to my mother and just the best father to my sister, brother and me. He worked hard most of his life and provided all we needed. He loved us all. He was a World War II veteran. Above everything he was a good Christian man. I can honestly say I never heard him speak anything unkind about anyone. Any words I use to describe him here pale in comparison to the man he was. After my mother passed away, Daddy married again. When I would call him, he would let me talk with his wife also. Then when he got back on the phone, he would always say “I’m back” in the sweetest voice. The last time I was with him before his recent illness, he looked me in the eyes and asked “When are you coming back?” I know I won’t be back to see him here on this earth, and I won’t ever hear the words “I’m back” from him again. I will miss him terribly. But I know one thing for sure. My dad would not want me to be sad and mourn for him forever. He would want me to go on with my life and be happy. He lived a life that let me know that although he is not physically here with me, he lives on and makes a positive impact on my life because of my memories of him. Because of the life he lived, I know he is now in a better place. As a tribute to my dad, I hope I will have many future posts which will be ‘happy’ posts.

Weeping may endure for a night, but joy cometh in the morning. – Psalm 30:5